Most of the top communities for custom homes in Calgary are in the SW quadrant. There is an incredible range of lots available in both new and established neighbourhoods.

You can find tree-lined infill lots nearby downtown or acreages on the edge of the city surrounded by nature. And SW Calgary communities are the essence of convenience – near schools and shopping, in between Calgary’s downtown and the mountains.

That is why we build so many custom luxury homes in SW Calgary.

Here’s our top picks for communities for custom homes in SW Calgary. These are new or existing neighbourhoods that are notable for their location, amenities and lots ideal for custom luxury homes.

The Point in Patterson Heights

With incredible views and natural surroundings, this community seems like it is far from the city. But in fact, The Point in Patterson Heights is located on the edge of the hill near Patterson overlooking the Bow River valley. 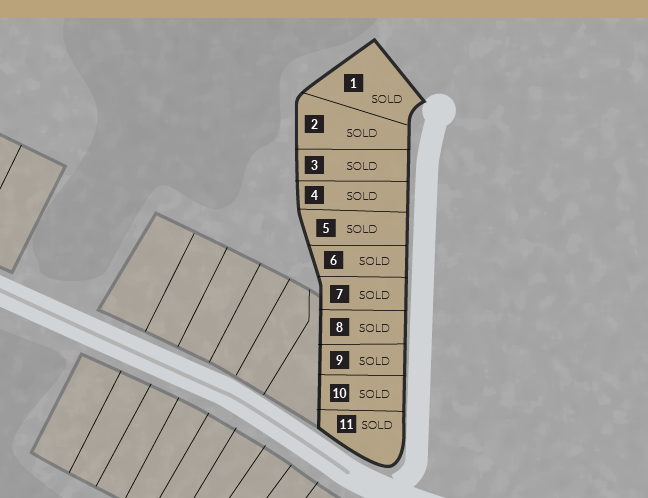 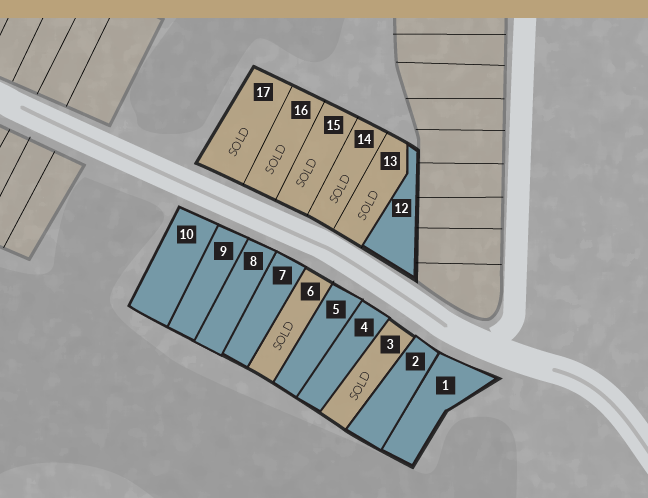 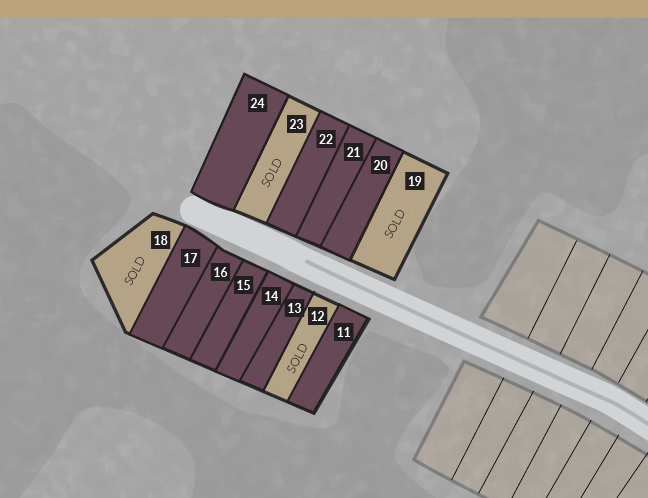 Living in the inner city is all about convenience. Your home can be nearby everything you need – work, schools, shopping, gyms, entertainment and more.

There are views of the Rocky Mountains throughout SW Calgary. Aspen Heights takes advantage of its location by offering properties with superb panorama views of the landscape.

Located on the western side of Calgary, Aspen Heights is on the edge of nature but is still minutes from shopping and schools. Your home can have country views and the convenience of the city.

Calgary was founded in 1875 but it wasn’t until the early 1900s that the neighbourhoods in SW Calgary were established. Houses were built nearby downtown and the communities continued to expand outwards.

Up until the 1960s, Calgary’s western edge was Sarcee Trail and it didn’t go south beyond the Glenmore Reservoir.

The 1988 Calgary Winter Olympics were a big spark to new communities in SW Calgary. Many neighbourhoods near Signal Hill and Coach Hill were created, close to the famed Canada Olympic Park. Patterson – the community where The Point in Patterson Heights is located – was created in the 1980s. 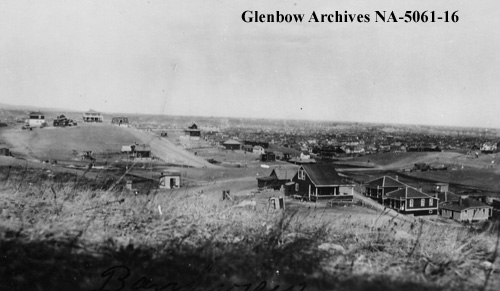 Communities were continued to be established on the western edges of the city, including within and beyond the city limits. There have been consistent additions of neighbourhoods in SW Calgary, but that has been without sacrificing lot sizes or neighbourhood integrity.

Today, SW Calgary continues to have many of the top communities for custom luxury homes.

With Lots Available for Custom Homes

The Point in Patterson Heights is nestled on the hill rising from the Bow River, up above Sarcee Trail. It is an extension of Patterson – a Calgary community established in the 1980s with shopping, schools and parks.

From either Bow Trail or Old Banff Coach Road. The Point in Patterson Heights is a secluded community but has quick access to downtown and the mountains.

This neighbourhood is a hidden gem. It is secluded yet located in the heart of SW Calgary. Located along the hill, The Point in Patterson Heights inspires extraordinary architecture that takes advantage of panoramic views of the Bow River valley and downtown. It’s possible for every floor of your home to have incredible views.

The Point in Patterson Heights offers vistas not possible in any other community in Calgary – and all nearby an established community with everything you need.

We will send you the Patterson Heights Information Sheet to your email shortly!

Calgary’s inner city is the region surrounding downtown. On the west side, it extends to around Sarcee Trail and south to the Glenmore Reservoir. A custom home can be built in many neighbourhoods in the inner city. To better pinpoint a location for you, send us a message with what size and type of home you want and the amenities you want to be around. We’ll then refine the neighbourhoods according to your custom home criteria.

This is what makes Calgary’s inner city so desirable: it is easy to get to from anywhere.

Calgary’s inner city communities are vibrant, dynamic and diverse. Designing and building a new custom home within an existing neighbourhood is an opportunity to invigorate and celebrate the community.

The SW Calgary community of Aspen Heights is nearby the Aspen Landing Shopping Centre – off 17 Avenue SW in Aspen Woods. Not only is shopping nearby, but also schools, Westside Recreation Centre and the 69 Street LRT Station.

Aspen Heights is the essence of convenience. It is located just off 17 Avenue SW in between 69 Street and 85 Street SW. Bow Trail, Sarcee Trail and Glenmore Trail are all a few minutes away and connect to downtown and all corners of the city. For easy transit options, the 69 Street LRT Station is a short walk away.

With an excellent location in SW Calgary, Aspen Heights is ideal for Calgarians wanting the balance between convenience and stunning lots. Aspen Heights is an opportunity to build a custom home with panoramic views of the foothills and mountains – all nearby shopping, schools and recreation.

Aspen Heights is on the edge of nature – in the heart of SW Calgary.

Elbow Valley West is a community just off Highway 8/Glenmore Trail. It is not officially located in the city, but it is only minutes from the western side of Calgary.

Elbow Valley West is just on the western side of Calgary. It is south of Highway 8/Glenmore Trail and the Elbow River, nearby the Glencoe Golf and Country Club. Glenmore Trail directly connects to the city.

SW Calgary is a popular area for custom homes because it is possible to build a house in large lots with exceptional views – all nearby amenities and a short drive to downtown. Elbow Valley West is one the communities on this list that is furthest west, but it is still closer to downtown than many neighbourhoods in Calgary proper in the northern and southern regions.

Elbow Valley West has extensive green spaces and natural areas – your home can feel like a getaway. Few communities this close to downtown Calgary provide as much of an escape and retreat from the city.

This community is in Springbank – just west of Calgary. Springbank is included in a list of SW Calgary communities because even though it is not in the city, it is close enough for short drives to shopping, schools and more. Morning Vista is nearby Springbank Road and Range Road 33 (the “main” road that passes by Springbank schools and Calaway Park).

Morning Vista can be easily accessed from the Trans-Canada Highway, Old Banff Coach Road (which turns into Springbank Road) or Glenmore Trail. Calgary is just a few minutes down each of the three main roads.

Morning Vista is the latest opportunity to build a custom home in Springbank on large lots with views of the foothills. Nearby are schools, golf courses, Calaway Park and quick access to the mountains. Shopping centres and city amenities are all nearby – the edge of Calgary is just minutes away.

Springbank is a popular region to build a custom home – there are large lots with views of the mountains. Morning Vista is your chance to get a spot for a luxury home in Springbank.

Elveden Park is just south of Aspen Heights. Both communities share many conveniences – schools in walking distance, shopping just two minutes away and convenience routes to downtown and the mountains. Elveden Park is a SW Calgary community in Springbank Hill – just off 69 Street SW.

Elveden Park is in the heart of Springbank Hill. The community is on the western side of Calgary, close to the West Hills and Aspen Landing shopping centres. It is near Glenmore Trail and 69 Street – on the edge of the city on the popular route to the mountains.

At Elveden Park, your custom home can be minutes from everything and surrounded by trees. The community is in an extraordinaly convenient spot nearby shopping, schools, recreation, work and the mountains. And yet every lot is private and the neighbourhood is secluded.

The community is surrounded by trees and every home is on a peaceful cul-de-sac. Elveden Park is a special balance between privacy and convenience.

In SW Calgary and beyond

MiNo Homes builds custom luxury homes in SW Calgary and beyond. Many of our projects are in SW Calgary because there are numerous communities with excellent lots for custom houses, but we also build throughout Calgary and the surrounding regions.

Read more about the Calgary communities where we have lots available for custom homes. Or if you already have land, MiNo is your team to transform the lot into your next home.

For more information, contact MiNo anytime at info@minohomes.ca or 403-630-6796. Be the first to hear about new lots available for custom homes in Calgary. Sign up to receive updates.

We are always happy to chat.

Send us a message or call.

We will send you the Patterson Heights Information Sheet to your email shortly!